Pro-Cut has created a new iPhone application that is both a measuring tool for vehicle owners and a marketing tool for service centers who own a Pro-Cut on-car brake lathe!

Smoothride allows Pro-Cut to partner with service centers in two ways: first, to provide a free marketing tool which validates their premium service and drives customers to their door; and second, a measuring tool that can simply and convincingly communicate the quality of service performed to the customer. 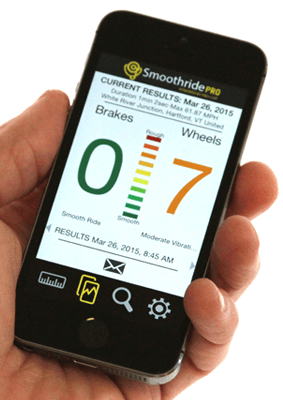